The Vostok-Europe Celestial Objects watch series contains of two watches.
Vostok-Europe Ceres Asteroid is dedicated to the dwarf planet and the largest asteroid in the Asteroid Belt between Mars and Jupiter.

Ceres is the name of the Roman goddess of Agriculture. The old astronomical and classical symbol of Ceres is a sickle.

it’s dial is made of natural Hermes Grey Stone.

The Hermes stone is a grey marble with a detrital texture.
The Vostok-Europe Halley’s Comet is dedicated to the the brightest comet,

visible from Earth with the naked eye for a very short period of time every 75 years,

which means it can be observed up to two times in a lifetime.
The Vostok-Europe Halley’s Comet watch is also equipped with Grand Chrono Miyota 6S10 movement,

while it’s dial is constructed from natural Aventurine or Blue Sandstone.

The Aventurine is a form of quartz, characterized by a blue sheen. 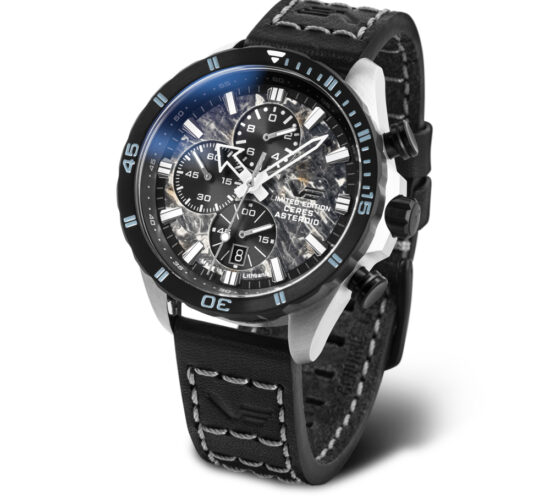